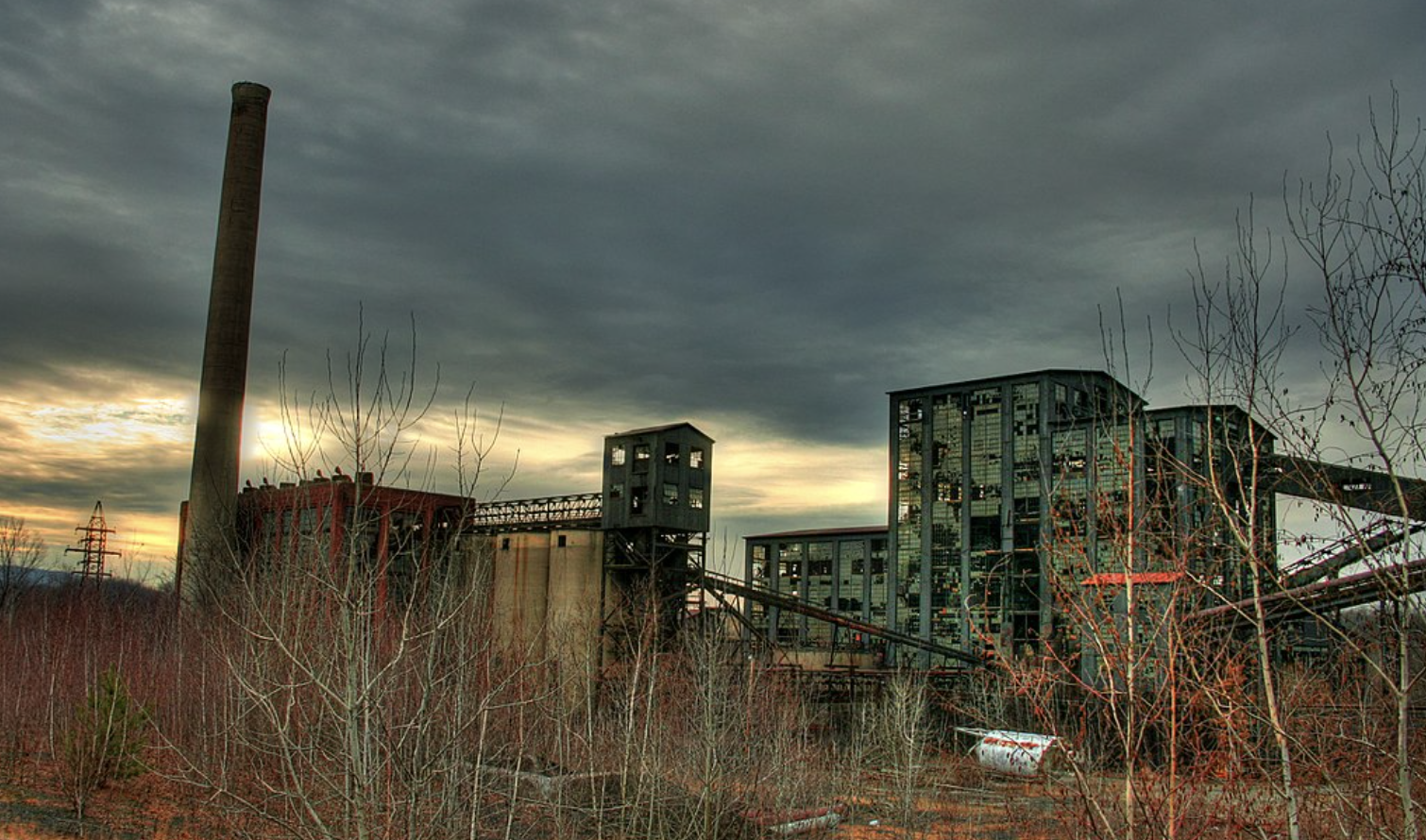 American poverty is stacking up in particular cities, towns, and counties. When local governments are populated mostly by low-income people, there is typically much less money for public services. Weak, broke local governments make it harder for residents to lead decent lives on low incomes or get their families out of poverty. Entire towns become poverty traps.

I’ll shorthand this problem as “citywide poverty” or “border-to-border low-income” towns. Incomes are depressed across much of the town, not just in small pockets. Sociologists can (and I hope will) develop a more refined metric for this idea, but for the purposes of this book I will use these two terms to refer to (1) a single municipality (whether a city, town, or village) or the unincorporated areas of a rural county government (2) that serves a population in which at least 20 percent of residents live under the poverty line, where (3) median incomes are less than two-thirds of the state median income. Combined, these metrics describe a local jurisdiction with widespread poverty as well as fewer people living at higher incomes.

Even before the Great Recession, citywide poverty was a growing problem. Between 2000 and 2009, there was a 31 percent increase in the number of municipalities, counties, and census-designated places where at least one in five people live under the poverty line. In 2020 numbers, the term “poverty line” stands for the hard reality of a family of four living on less than $26,246 per year—less than $2,200 a month in pretax income. The Foreclosure Crisis made matters worse, by divesting so many low- and middle-income homeowners of both their home and their only economic asset.

Places of citywide poverty vary. Some are big cities, small cities, or historic suburbs. Others are rural. Some vote blue, others red. Some are nearly all white, all Black, all Latino, or all Native American. Some are the most diverse communities in America. Racial and ethnic violence, segregation, and discrimination helps explain how some border-to-border poor places developed, and why they remain poor.

Citywide poor places may have held their population or shrunk. They may have always been low-income, or were once known for a strong working class, or once had pockets of wealth. Some are literally poor from border to border, others still have a few comfortable blocks or neighborhoods with lovingly tended homes. Most have low rates of college attainment, which makes it harder for residents to find a job with a livable income.

Since 1980, the wealthiest regions of the country have seen incomes increase much faster than the modest gains elsewhere, leading to stark regional inequality.

Citywide poverty is distinct from, but related to, the way people sort at bigger scales (the region) and at smaller ones (the neighborhood). Since 1980, the wealthiest regions of the country have seen incomes increase much faster than the modest gains elsewhere, leading to stark regional inequality. In thirty-one states, one or two metropolitan areas account for more than half the state’s gross domestic product (GDP).

The most familiar example of this pattern is New York City, where the metro area accounts for 80 percent of New York state’s total GDP. Most of the country is heading in the same direction. The Boston region drives more than three-quarters of the Massachusetts economy, though the state has 10,000 square miles with about 350 towns and cities. In Oregon and Washington, the metro regions of Portland and Seattle are thriving while huge areas of their states struggle. Same in North Carolina beyond the Charlotte and Triangle regions; Iowa apart from Des Moines; Georgia outside Atlanta. Chicago’s economic output not only drives the Illinois economy but surpasses adjacent Ohio’s entire GDP.

Weak regions lacked the assets, good fortune, and strong networks needed to transform historic manufacturing centers into nodes of the knowledge economy. They never developed a nationally competitive hub for finance, insurance, law, and real estate services, as in New York City, Chicago, and Philadelphia. Some had colleges, but not the STEM-focused research universities of Boston, Pittsburgh, and the San Francisco Bay Area.

Some regions had spectacular natural amenities, but they were too far from growing metros with growing paychecks to take off as major tourist destinations. They never had the luck of rearing business giants who came back to their hometowns (as in Seattle), nor the substantial government operations of cities such as D.C. or Atlanta. What is the future for the towns beyond the biggest metros in Pennsylvania, Kentucky, California, Texas, Maine, and many other states?

Many municipalities of citywide poverty are located in weaker regions, including in historic industrial areas carved up into dozens of small municipal governments. Each one must carry its own budget, elected officials, and employees. But citywide poverty can be found in strong, growing regions, too, which often have a mix of high-income and low-income suburbs. When wealthier suburbs use their land-use authority to block multifamily housing that low-wage workers can afford, these workers must crowd into low-income suburbs with cheaper housing.

In public services, as in so much of life, you get what you pay for, which drives the gaping inequality among cities.

Just as border-to-border poor municipalities are affected by the regions “above,” they are affected by the neighborhoods “below.” By definition, border-to-border poor cities encompass multiple poor neighborhoods. At least since the publication of William Julius Wilson’s The Truly Disadvantaged in 1987, sociologists have shown how much neighborhoods matter. They shape safety, economic opportunities, and environmental conditions. With the rise of giant data sets and the computing tools to investigate them, economists and sociologists have confirmed and further explored how the neighborhood around a household can depress a child’s lifetime income and educational outcomes.

Citywide poverty is not demonstrably “worse” (however one might define that word) than neighborhood or regional poverty. A household can face serious hardships whether it is rooted in a poor region, a poor city, a poor neighborhood, or all of the above. But the problem of local governments that serve high-poverty neighborhoods across most of their territory represents a specific and understudied pattern. Shallow tax bases in jurisdictions of high need depress revenues. Federal and state governments can and do share revenues with all local governments, including poor ones. But apart from a temporary bump during the COVID-19 pandemic, the state and the federal proportion of local revenues has been in decline for decades.

That means cities and counties become more reliant on revenues from local taxes, fines, and fees. If a city’s housing stock and job base is in decline, those forces will drag down property values, which in turn drag down property tax revenues. Decreased investments in new buildings and renovations not only reinforce physical decline, they generate fewer permitting fees for local governments. Shrinking commercial districts generate fewer sales tax revenues. Same for revenues on other transactions that some states allow their municipalities to tax, such as payrolls, hotel stays, restaurant tabs, alcohol sales, real estate transfers, and business licenses.

When local governments have less money coming in, they can take out debt, raise local taxes and fees, lay off staff, and sell public land. They can (and nearly always do) defer improvements to obsolete infrastructure and technology, and keep using worn-out buildings, vehicles, and equipment. High-poverty cities and counties pay their employees less for work that is higher risk and more challenging. Many defer compensation for employees by offering pension benefits rather than competitive salaries, and then they can’t save the money needed to meet those pension contracts.

Their politicians try to bundle subsidies and tax breaks to lure big employers, but they compete with so many other local governments that the “winning” municipality typically gets a political victory but loses money over the life of the deal. Border-to-border places have become infamous for the worst revenue-raising technique of all—many have developed elaborate, regressive schemes of civil and criminal code enforcement for the purpose of extracting fines and fees from residents and drivers passing through town.

Each of these moves makes the city less livable for residents and businesses. In public services, as in so much of life, you get what you pay for, which drives the gaping inequality among cities. Decades into a process of fiscal decline, a local government will have no more loans to take, taxes to raise, services to privatize, or assets worth selling. As the city reduces or eliminates staff, local government seems less competent and more irritating. Infrastructure and public space decays. “It’s death by a thousand cuts,” says Reverend Joan Ross of Detroit, referring to the city’s collapse in services. “It takes you a long time to bleed to death. But you do.”

Excerpted from The Fight to Save the Town: Reimagining Discarded America by Michelle Wilde Anderson. Copyright © 2022. Available from Avid Reader Press, an imprint of Simon & Schuster.