Vicky Kaushal Is Having Great Time With His ‘Padosan’ Named ‘Bella’ 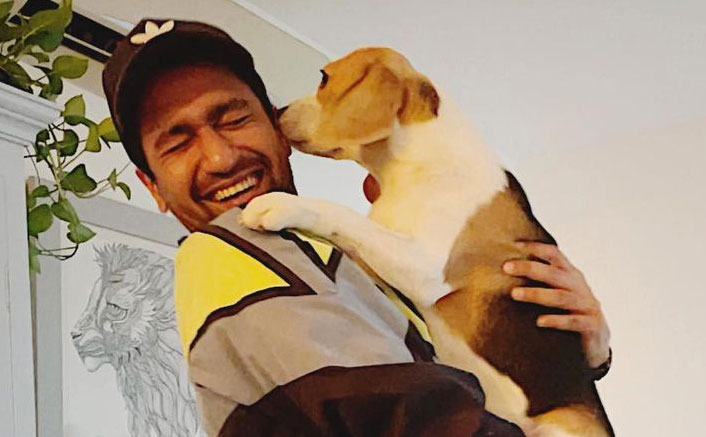 Bollywood heartthrob Vicky Kaushal has shared an adorable picture with his padosan Bella, a pet dog.

Vicky posted the picture on Instagram, where he is seen holding the dog, a beagle. It seems that Vicky‘s four-legged-friend really likes him as she is seen cuddling up to the actor.

“Padosan. #Bella,” Vicky wrote alongside the image, which currently has 572K likes.

Vicky Kaushal was last seen in Bhanu Pratap Singh’s “Bhoot Part One: The Haunted Ship”. He will next be seen in Shoojit Sircar’s “Sardar Udham Singh”, where he plays the titular revolutionary.

Isn’t that one cute picture of Vicky holding Bella? We would love to see more of these two together.

Godfather Movie Review: Chiranjeevi’s Fan Service Walks The Staple Path On Which Leaves Fly Every time He Lifts His Foot

Bigg Boss 16 Day 5 Written Update: Abdu Rozik & MC Stan To Fight It Out In The First Task Of The Season – Who Will Win?