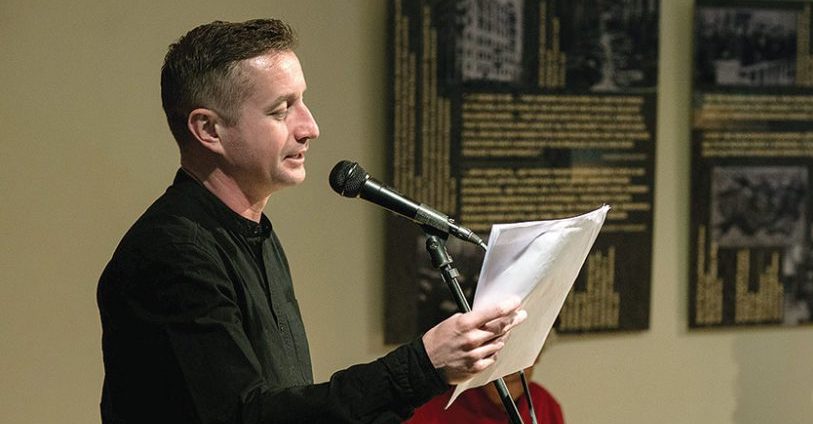 As the catastrophic Russian invasion of Ukraine drags on, we all continue to marvel at the resilience and courage of a Ukrainian people who, regardless of background or vocation, have united in resistance to imperial aggression.

One such stalwart is novelist, poet, and musician Serhiy Zhadan, who has just been awarded the German Peace Prize for his

outstanding artistic work as well as for his unequivocal humanitarian stance, which repeatedly motivates him to risk his own life to help people affected by war and thus to call greater attention to their plight.

The prize is awarded annually by the German Publishers and Booksellers Association, who also cite the way Zhadan’s writing illustrates “how the people of Ukraine defy the violence around them, striving instead to lead independent lives rooted in peace and freedom.”

Zhadan, who’s been doing poetry readings in a Kharkiv bomb shelter has said, quite rightly, that, “A person cannot live only with war. It is very important for them to hear a word, to be able to sing along, to be able to express a certain emotion.” But aside from reckoning with the human cost of Russian aggression (which began in 2014) in his poetry and fiction, Zhadan has also been organizing humanitarian aid in Kharkiv, doing everything he can to see his community through this awful war.