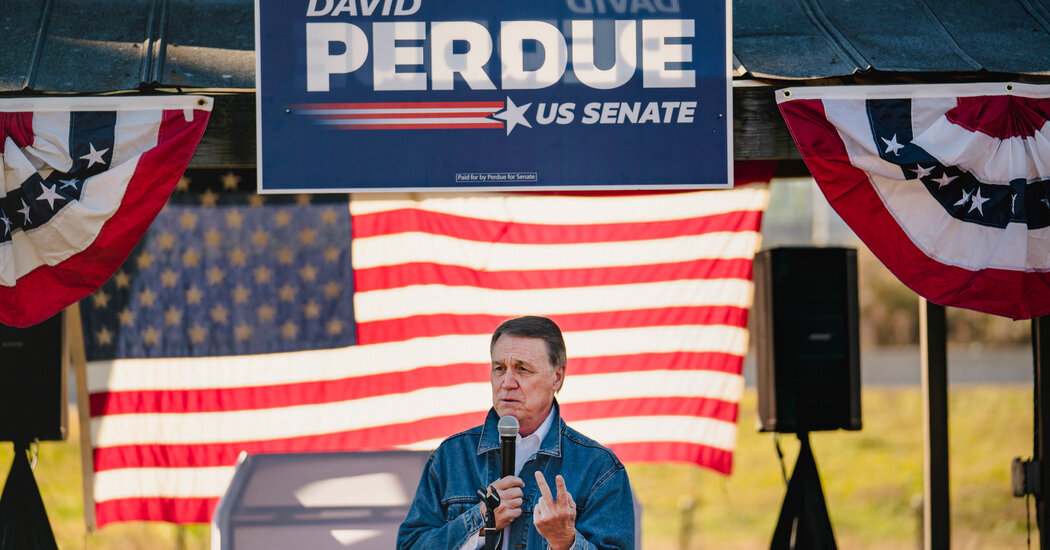 Senator David Perdue, Republican of Georgia, is set to quarantine, five days before a pivotal runoff election that will determine not just whether he keeps his seat but also whether Republicans maintain control of the Senate.

Mr. Perdue’s campaign announced on Thursday that a member of the senator’s campaign staff had tested positive for the coronavirus and that the senator was going into quarantine. The incumbent, a Republican being challenged by Jon Ossoff in a closely watched race, was notified of the positive test Thursday morning, according to a statement from his campaign.

Mr. Perdue, 71, and his wife both tested negative for the virus on Thursday, but will quarantine all the same, according to Mr. Perdue’s campaign.

Mr. Perdue attended a campaign event on Wednesday in Hiawassee, Ga., where he met with supporters. In photos, he and others can be seen wearing masks and standing close together.

Thursday’s news comes on the last day of early voting in Georgia’s two Senate runoffs, which will take place on Jan. 5. If the challengers win both races, control of the Senate will flip to the Democrats.

In Florida, Congresswoman-elect Maria Elvira Salazar said Thursday morning that she had been diagnosed with Covid-19, and would be unable to attend her swearing-in ceremony on Jan. 3. Ms. Salazar, a Republican who unseated Donna E. Shalala in November, was admitted to a hospital on Dec. 23 with a heart arrhythmia and later tested positive for the coronavirus, according to a statement she released on Twitter.