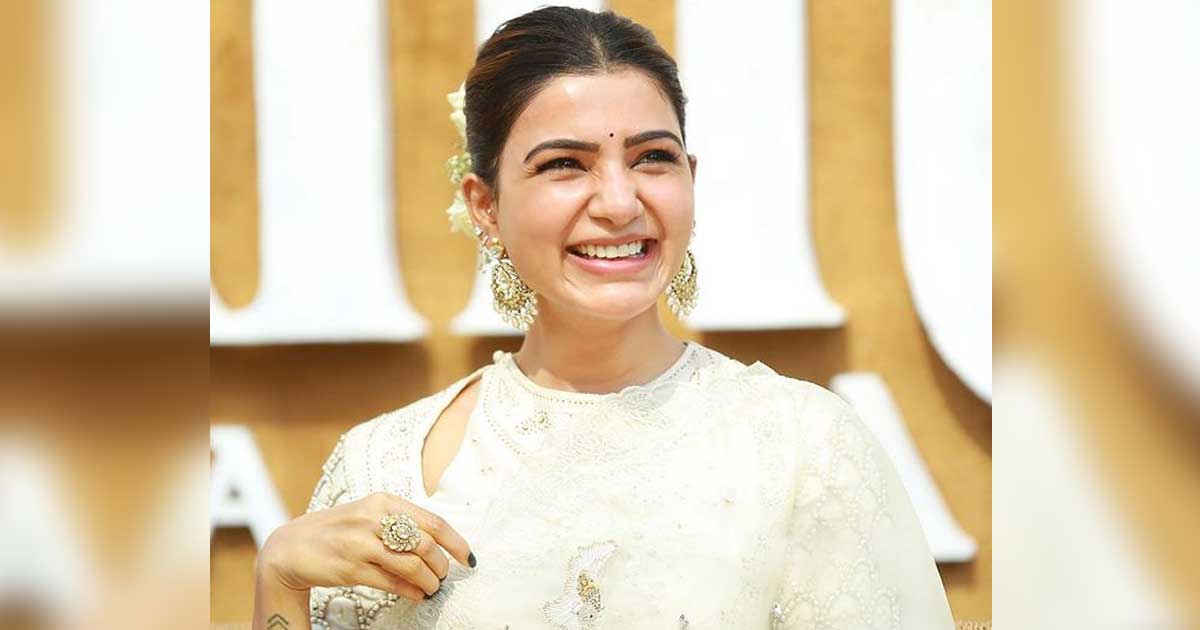 Actress Samantha was spotted at a veterinary clinic on Wednesday, which came as comforting news to her fans who are worried about her state of mind after her split with actor Naga Chaitanya. The actress was seen with her pet dogs Hash and Saasha, who got to meet their vet.

A picture of Samantha with her pets at the vet clinic has now become viral, as this is considered as Samantha’s first appearance in public post her divorce announcement. Samantha, with a mask on, wore a white top matching it with blue trousers, giving her a casual, yet elegant look.

Samantha is an animal lover, who is also a caregiver for two puppies. The ‘Shaakunthalam’ actress has mentioned that her pet ‘Hash’ has been her stress-reliever ever since she brought him home.

She also brought another pup and named her ‘Saasha’ when her divorce proceedings were going on, which denotes that her pets are her relief from the stress she is going through right now.

Samantha is also to appear alongside NTR on the hot seat of ‘Evaru Meelo Koteeswarulu’ which is to be telecast on Vijayadasami.

She has started dubbing for her upcoming mythological movie ‘Shaakunthalam’ which is directed by Gunasekhar.

Samantha recently announced her divorce from Akkineni Naga Chaitanya. The couple was married for four years before they mutually parted ways.

Must Read: Project K: Amitabh Bachchan, Prabhas & Deepika Padukone Starrer Has Been Sanctioned ‘Out Of The World’ Budget?