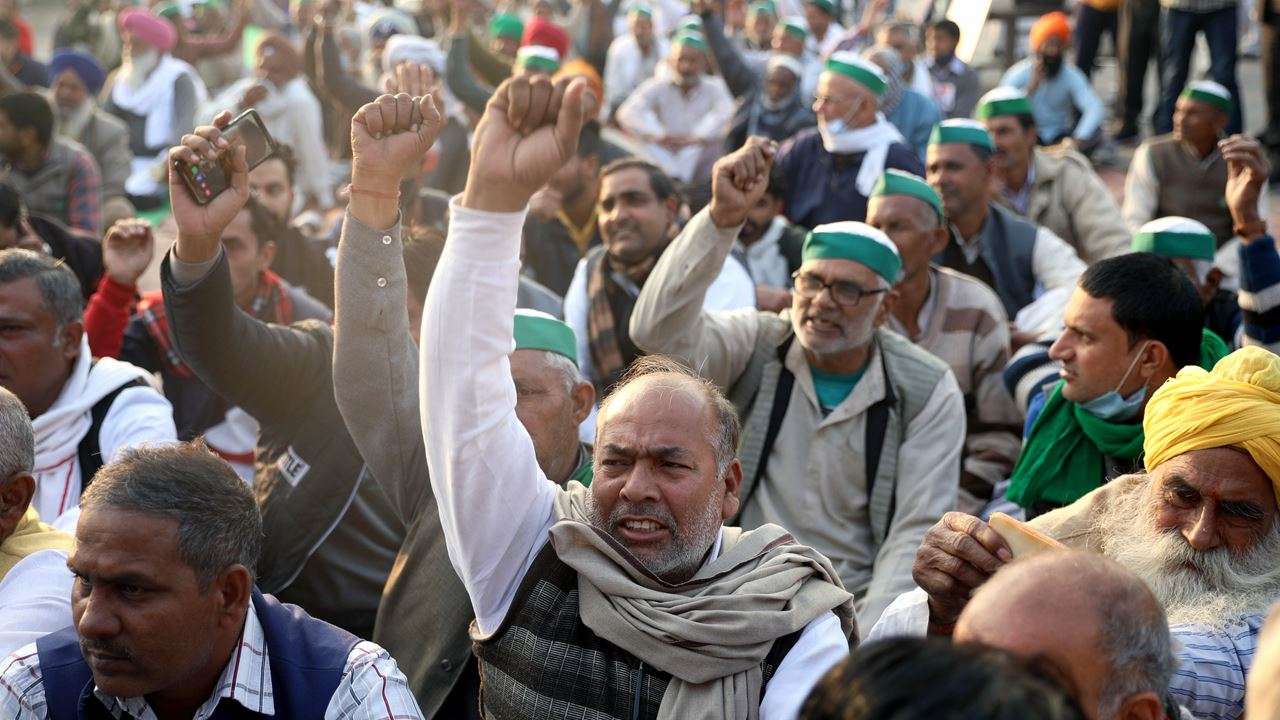 The farmers’ protest against the Agricultural Laws continues on the 29th day and the protesters are adamant on demanding that the minimum support price be made statutory (MSP). However, it appears that the farmers are ready to be lenient on their earlier demand that nothing less than the repeal of the new farm laws is acceptable to them.

As per a report by Financial Express, Union Agriculture Minister Narendra Singh Tomar has said that the farmers are not demanding legal guarantee for MSP, while ‘some others’ ask for it.

This comes as the farmer unions on Wednesday wrote a letter to the government urging it not to repeat the “meaningless amendments” which have been rejected before and to come up with a concrete proposal in writing. In the letter, farmer unions have asked the government not to question the letter that was earlier written as it was a unanimous decision.

“We are waiting for the government to take the discussion forward with an open mind and neat intention,” it read.

Meanwhile, Agriculture Minister Narendra Singh Tomar on Wednesday said that the government was ready for a discussion at the time and date chosen by farmer unions and urged them to inform him on what they want to “add and subtract” from the government`s proposal on the farm laws.

“I am hopeful that farmer unions will discuss our request. Whatever they want to add and subtract from the government`s proposal, they should tell us. We are ready for a discussion at the time and date of their convenience. I hope they will give us a date and we will find a resolution. I am hopeful of a solution,” he said.

The farmer unions have held five rounds of talks with the government and attended a meeting called by Union Home Minister Amit Shah. They have rejected proposal by the government to make amendments to the laws.