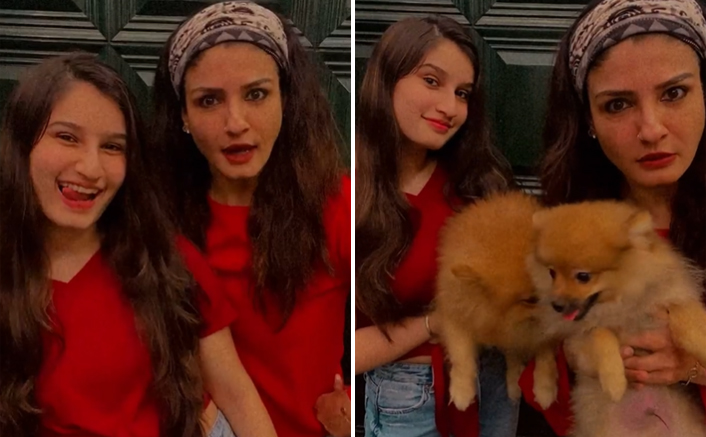 Raveena Tandon, who is seen twinning with her daughter in red outfit, captioned the quirky video: “loved this @yashrajmukhate @shehnaazgill ! You both are totally terrific! Haven’t wanted to rock to a dhol beat as much as when I saw this play out!”

The social media user, who goes by the name Yashraj Mukhate, dropped a comment after seeing Raveena Tandon dancing on his viral number.

This is not the first time Mukhate has given a quirky spin to a dialogue or a line.