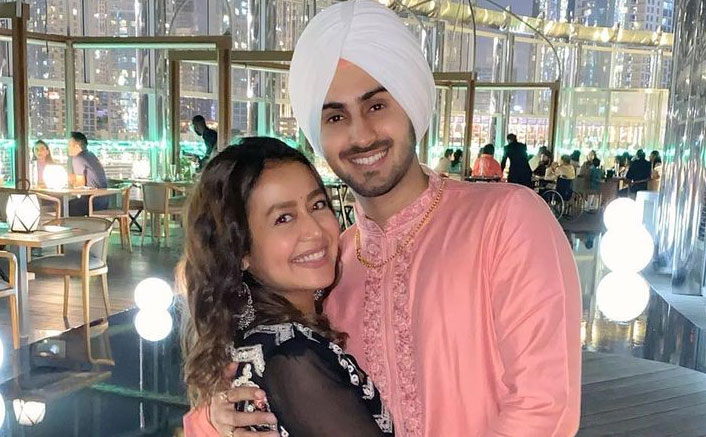 Neha Kakkar is currently on a different tangent altogether. The singer recently tied the knot with her boyfriend, Rohanpreet Singh. The two met on the sets of Nehu Da Vyah and soon fell in love. Everyone was surprised when Neha recently announced her pregnancy with a baby bump. However, it was later revealed to be a promotional tactic for her song, ‘Khyaal Rakhya Kar.’

As most fans know, Neha has been going quite parallel with her personal and professional life. She released Nehu Da Vyah and it turned the signature song of her wedding. The singer will eventually gear up for the next stage of her life with Rohanpreet. We don’t know when she plans to have a child but the song for sure is ready!

During a promotional video from Khyaal Rakhya Kar sets, Neha Kakkar could be seen eating Pani puri. She was seen wearing a jumpsuit with a visible baby bump as she enjoyed the dish. As the videographer was saying Rohanpreet Singh that he’s very happy for her, Neha interrupted and yelled, “kick maara.”

Rohanpreet rushes and keeps his hand on Neha Kakkar’s bump as she goes ‘ohhh.’ Everybody gradually bursts into laughter, knowing that it is all fake a part of the promotional gig.

Check it out below:

Many others took to the comment section and poured praises for the couple!

Must Read: Katrina Kaif: “Educating Boys Will Help Bring About A Shift In Their Attitude Towards Girls”