‘Not everyone is at the New Year’s table now’: Putin laments the virus’s grip on Russia. 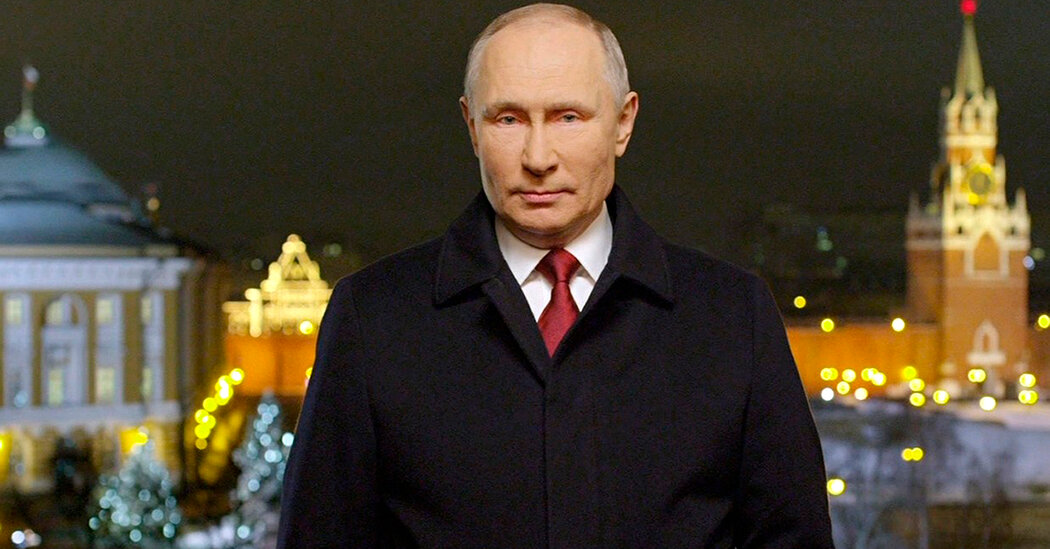 With parks, ice-rinks, bars and other popular venues for New Year’s Eve in Moscow ordered to shut down before midnight on Thursday because of the coronavirus pandemic, President Vladimir V. Putin of Russia kept one holiday tradition alive by delivering a televised address to the nation.

Lamenting that a “dangerous new virus has turned upside down our usual life, work and study,” Mr. Putin struck an unusually somber tone in his annual message, first broadcast to residents in Russia’s easternmost regions on the Pacific, which greeted the start of the new year nine hours ahead of Moscow.

Russians usually celebrate New Year’s Eve, a time of joyous festivities that combine gift-giving, feasting and heavy drinking, with boisterous gatherings of family and friends. But this year, Mr. Putin reminded his country, “not everyone is at the New Year’s table now. There are still many people in the hospital.”

More upbeat was Aleksei Navalny, the opposition leader who survived a nerve agent attack in August during a visit to Siberia, an attack that he believes was ordered by Mr. Putin. He posted a picture of himself and his family, all now in Germany, on Instagram and noted that, despite all the bad news in 2020, “I was lucky and this year was not bad for me.” He added: “The prospects for 2021 are also interesting.”

To help contain the virus, Moscow’s city government ordered Red Square and other gathering places closed hours before midnight, but the Russian capital and other cities across the vast country still planned extravagant firework displays. Starting in Vladivostok, a port city on the Pacific, exploding rockets lit up the skies across Russia as the new year rolled west toward Kaliningrad, Russia’s westernmost region on the Baltic Sea.

The streets of central Moscow, usually jammed and buzzing on New Year’s Eve, were eerily quiet Thursday. Restaurants and bars were ordered to close at 11 p.m. Mr. Putin — in an attempt at a gift to the people after a long year — had called on Russia’s regional governors to make Thursday a day off work, which they quickly did. As a result, many Muscovites left the city early, rather than waiting for Jan 1., normally the start of a long national holiday.

“Unfortunately, the epidemic has not yet been completely stopped. The fight against it does not stop for a minute,” Mr. Putin said in his television address. “Today it is very important to believe in ourselves, not to retreat in the face of difficulties, to preserve our unity, this is the basis of our common success in the future.”