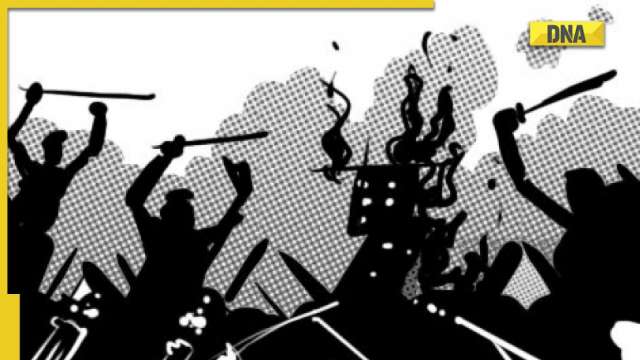 A 23-year-old man was allegedly attacked with sharp weapons by a mob of 15-20 people in Ahmednagar district of Maharashtra for reportedly supporting suspended Bharatiya Janata Party (BJP) spokesperson Nupur Sharma on social media.

The incident took place late Friday evening in the Karjat town of Ahmednagar district. The victim Prateek Pawar was seriously injured in the attack and is currently admitted to the intensive care unit of a hospital.

“Prateek is an activist and writes posts etc on social media. He had also posted about Umesh Kolhe and Kanhaiya Lal. He was beaten by a mob of 15-20 people when he was alone. The mob attacked him with sharp weapons like swords and knives. He had received threatening calls for posting about Kanhiya Lal and Umesh Kolhe and supporting Nupur Sharma,” said the victim’s cousin Prajyot Pawar.

Prajyot demanded a probe by the National Investigation Agency (NIA) into the matter.

“He is seriously injured. We all are worried. We want this investigation should go to the NIA,” added Prajyot.

Meanwhile, Maharashtra Police registered a case and arrested four persons in connection with the incident. Ahmednagar Superintendent of Police Manoj Patil said, “As of now four accused have been arrested in connection with the incident. We have received the complaint from the victim`s side. In their complaint, they said that while attacking Pawar, some of from accused mob shouted that he had supported Nupur Sharma. We are investigating the same. As of the case registered under section 307, 143, 147, 148 149, 504 and 323 of IPC.”

In the FIR, the complainant who is a friend of Prateek Pawar said, “We were going to attend a program on 4th (August), suddenly a mob came in which 7-8 people were unidentified and 8 people were known. One of them while attacking us said to Prateek, `you keep posting on social media that you support Nupur Sharma, Kanhaiya Lal and keep giving related information through Instagram and WhatsApp status, because of this many others started standing with them in support. We will make you like Umesh Kolhe` and attacked Prateek with sword.”