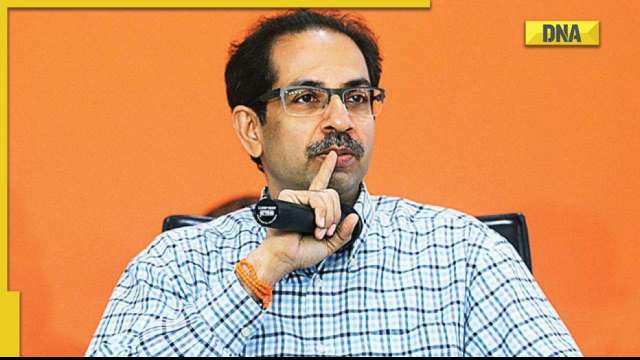 Maharashtra Chief Minister Uddhav Thackeray, who is facing a revolt within his own ranks, was ready to resign on June 22 at 5 pm after it was clear that there was “no way out” of the political crisis his government is facing, but MVA allies convinced him not to resign, sources said.

The sources said that Thackeray was in touch with BJP leaders to find a way out of the political crisis facing the Maha Vikas Aghadi (MVA) government that includes the Nationalist Congress Party (NCP) and Congress apart from Shiv Sena.

Thackeray was scheduled to resign and then go to the memorial of Shiv Sena founder Balasaheb Thackeray on June 22 evening but that didn`t happen, sources added.

Even Thackeray`s address scheduled at 5 pm was delayed beyond 5.30 pm due to the change in plans, they added.

In his address on Facebook on June 22, Thackeray had talked about his willingness to step down if the rebel MLAs come to Mumbai and make such a demand.

Hours later, Thackeray left his official residence `Varsha` along with his family members for the family residence Matoshree.

The Chief Minister said in his address that he was willing to give his resignation to party MLAs who can take it to the Raj Bhavan.

Thackeray had also indicated his willingness to quit as party chief if there is a demand from party workers.

Noting that a section of party MLAs was gunning for his ouster, he had said instead of going to Surat, they could have conveyed their feelings to him. Thackeray said it is a matter of shame for him if “even a single MLA” is against him.

The rebel Shiv Sena MLAs moved to Guwahati from Surat and have claimed growing support of Shiv Sena MLAs. Shinde had claimed on Wednesday that he has the support of 46 MLAs, including six to seven Independent MLAs.

Shiv Sena has 55 MLAs in the Maharashtra assembly. In the latest jolt to the Uddhav Thackeray camp, Uday Samant joined the rebel group on June 26. He is the eighth minister from Shiv Sena to join the rebel camp.

In his address, Thackeray had said “if any MLA wants me to not continue as the CM, I am ready to take all my belongings from Varsha Bungalow (official residence of the CM) to Matoshri”.

Thackeray had also referred to the ruling Maha Vikas Aghadi alliance and said NCP leader Sharad Pawar and Congress chief Sonia Gandhi helped him a lot and kept their faith in him.

(With inputs from ANI)