Louis Kahn-Designed Dorms in India May Be Razed 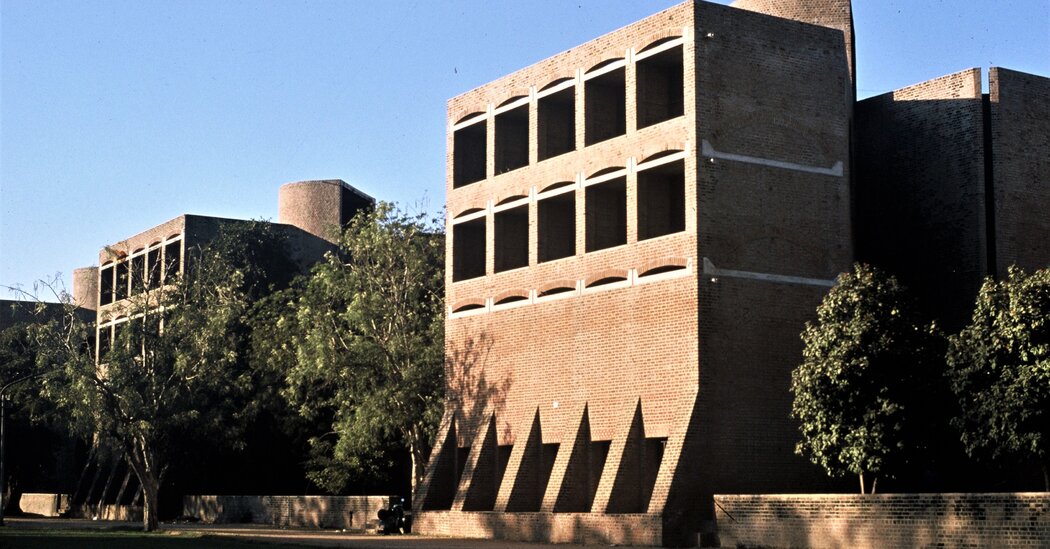 A world-class architectural-preservation controversy is brewing in India, where the administration at the Indian Institute of Management in Ahmedabad had announced plans to raze 14 of 18 student dormitory buildings designed by the architect Louis Kahn and built in the 1960s and 1970s.

After a local and international outcry, an online meeting to begin seeking new bids for the demolition was canceled.

Kahn, one of the most important American architects in history, is best known for masterworks like the Salk Institute in La Jolla, Calif., and the Kimbell Art Museum in Fort Worth, as well as the Philips Exeter Academy Library in Exeter, N.H., and the First Unitarian Church of Rochester, N.Y. (He also famously had three families, talked to bricks and died on the men’s room floor in Penn Station.)

The exposed red-brick student dormitories in Ahmedabad are integral to the institute’s holistic campus design and are considered among the architect’s finest works — with repetition, geometry and the manipulation of light and shadow. They exemplify Kahn’s ability to design buildings in “response to the cultures, climates and traditions of their respective places,” said the historian William J.R. Curtis, who has written op-eds for Architectural Record and The Architectural Review in support of the dorms’ preservation.

In a statement, the World Monuments Fund called on the institute’s administration to reconsider, citing the project’s influence on the “modern development of Indian higher education,” and the environmentally sensitive design that continues to be an example of how to build for a local climate. “Conceived as an ensemble, the Kahn campus must be preserved in its entirety to protect the aesthetic, functional and symbolic values imbued within,” the statement said.

Supporters of the dorms include the Council of Architecture, India, as well as architects and academics including the Pritzker Architecture Prize laureates Rafael Moneo, Alejandro Aravena and Balkrishna Doshi (the architect who brought Kahn to India in the early 1960s), who have posted an open letter. A Change.org petition had over 12,000 signatures on Thursday afternoon.

The management institute’s director, Errol D’Souza, defended the demolition plans in a letter to alumni, calling the structures “unlivable” because of issues including “concrete and slabs falling from the roofs”; brick deterioration causing cracking and water seepage; and structural issues resulting from a 2001 earthquake.

The school had previously commissioned an extensive restoration project for the buildings, but reversed course with a plan to build anew.