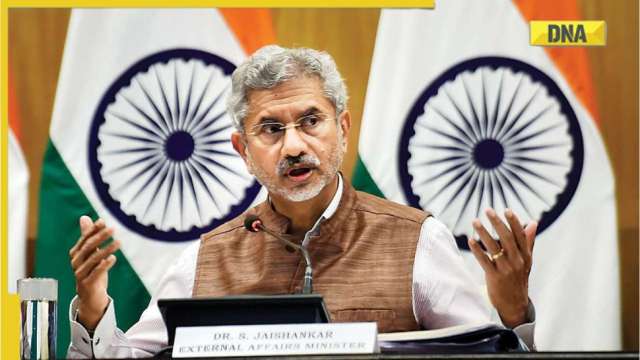 External Affairs Minister, Dr S Jaishankar who is on his first visit to Kigali to attend the 26th Commonwealth Heads of Government Meeting (CHOGM) described Rwanda as the most progressive, business-friendly, and socially inclusive societies.

Speaking at an event in Kigali on Thursday, the EAM highlighted the strong ties between the two nations at a community reception. “Rwanda, today is the most progressive, one of the most business-friendly, one of the most socially inclusive societies. When we look at Africa, India counts Rwanda as an important friend,” he said.

Highlighting the strengthened ties between the two nations, he said that India`s relationship with Rwanda has grown over the years, and the existence of several developmental projects in Rwanda describes the profound friendship between the two countries.

Speaking about the progress of India, he not only appreciated the Indian diaspora residing in the African nation for their massive contribution to the India-Rwanda relationship but also spoke at length about how Indians inhabiting Kigali are crucial to keeping the flag of India flying and shaping India`s relations with the African country.

Taking to Twitter, he tweeted, “Good to interact with the Indian community in Kigali. Spoke to them about progress in India. Appreciated their contribution to the India-Rwanda relationship.” He wished Rwanda a successful Summit and discussed the Commonwealth agenda while exchanging perspectives on regional developments.

“Addressed the CHOGM Foreign Ministers` plenary today on the theme of Democracy, Peace & Governance,” Jaishankar said in a tweet.

“India-the world`s largest democracy- offers numerous examples for the Commonwealth. Our digital backbone is of particular relevance,” he added.

He also highlighted the Vande Bharat Mission and Operation Ganga during his speech and hailed the Modi govt in Rwanda while he emphasised how India interacts with Indians abroad.

Taking to Twitter, he tweeted, “Good to catch up with colleagues on @CHOGM2022 sidelines. Here with FM of Tanzania Liberata Mulamula, FM of Canada@melaniejoly, FM G. L. Peiris of Sri Lanka and FM Dr AK Abdul Momen of Bangladesh.”

India is also one of the largest contributors to the Commonwealth and has assisted the organisation with technical assistance and capacity building. In 2018, India announced the creation of a Commonwealth Window, dedicating USD 50 million for development projects and assistance to developing countries of the Commonwealth.