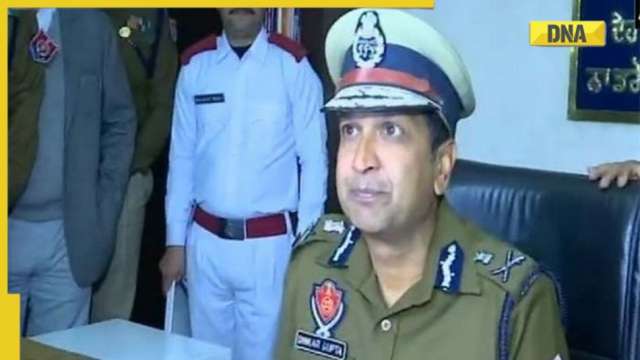 Former Punjab DGP Dinkar Gupta on Monday took over the charge of a full-fledged Director-General of the National Investigation Agency (NIA)– the post which was vacant since May last year after the retirement of YC Modi.

The 1987-batch Indian Police Service (IPS) officer of Punjab cadre took over the charge from Central Reserve Police Force (CRPF) Director General Kuldiep Singh, a 1986-batch West Bengal cadre IPS officer, who was handling the additional charge of the NIA since the retirement of Modi.

Gupta took over the charge of the NIA, an anti-terror probe agency formed after the 26/11 terror attack in Mumbai, relieving CRPF chief Kuldiep Singh from the additional charge at a time when the agency has been handling many important cases among terror conspiracy hatched by Pakistan based commanders of proscribed terrorist organizations for furtherance of the terrorist activities by way of targeting minorities, security personnel and religious pilgrimages including holy Shri Amaranth Yatra, Shri Vaishno Devi Yatra and other similar religious activities.

Having a Master’s degree in police administration, Gupta’s experience as the Director-General of Police (DGP) of Punjab for more than two years from 2019 will come in handy as some terror groups have started raising their ugly head in the state.

Before becoming the Punjab Police chief, Gupta headed a unit where he directly supervised Punjab State Intelligence Wing, State Anti-Terrorist Squad and the Organized Crime Control Unit.Gupta was apprised about all the important cases being handled by the NIA soon after he took over the charge of the agency chief. He further held a review meeting as well, officials said.

An experienced and distinguished officer, Gupta earlier had an eight-year stint on central deputation from June 2004 to July 2012 during which he held sensitive assignments, including as the head of the Intelligence Bureau unit which looked after the security of VVIPs.Gupta was decorated with two police gallantry medals in 1992 and 1994. He was also decorated with the Police Medal for Meritorious Services by the President and the President’s Police Medal for Distinguished Service (2010).

In 1999, Gupta was awarded the British Chevening Gurukul Scholarship by the British Council at the London School of Economics.

He has been a visiting professor (2000-01) at the George Washington University, Washington and American University where he was invited to design and teach a course, titled ‘Governments under Siege: Understanding Terrorism and Terrorists’, in January-May 2001.Gupta was on June 23 appointed by the Central government as the new NIA chief up to March 31, 2024– the date of his superannuation– or till further orders which ever take place.

Gupta was removed as the state police chief by the Congress government under Charanjit Singh Channi in October last year and was posted as chairman of Punjab Police Housing Corporation (PPHC).

Gupta had decided to go on a month’s leave after Channi took over as the chief minister and the state government gave the charge to 1988-batch officer Iqbal Preet Singh Sahota.