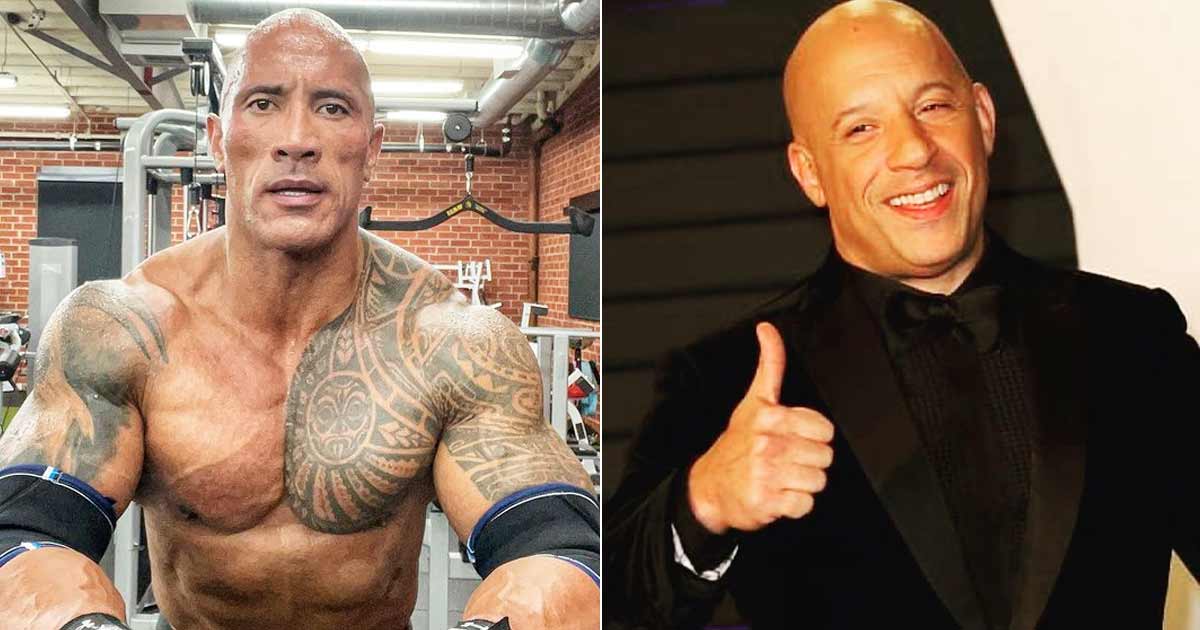 No one on Earth who has the slightest idea about Hollywood is unaware about the rift between Dwayne Johnson and his Fast & Furious co-star Vin Diesel. The two have time and again spoke about it and to precisely describe it, taken digs at each other. But making the most shocking revelation now is The Rock who claims the fight between him and Diesel has already ended.

If you somehow don’t know, The Rock and Vin Diesel share cold vibes since 2017. The two went on their separate ways after The Fate and the Furious. While Vin continued to take ahead the main F&F franchise, Dwayne became the in-charge of the Hobbs & Shaw timeline. Now the Rock is making some shocking revelation. Read on to know everything you should about the same.

Back in the day of you remember, Dwayne Johnson while talking about his Fast & Furious co-stars, had said the male co-stars were “candy assess” and “too chicken s**t” to act like “stand up men”. The actor as per We Got This Covered has now decided to reflect on that statement. He admits that was his best day.

“I don’t share things like that. And I take care of that kind of bullshit away from the public,” Dwayne Johnson said. “They don’t need to know that. That’s why I say it wasn’t my best day.” When asked if he regrets that statement, he is quick to deny it. “No, I meant what I said,” Johnson declared. “For sure. I mean what I say when I say it. But to express it publicly was not the right thing to do.”

Further, Dwayne Johnson went on to reveal details about the last meeting he had with Vin Diesel in his trailer. He says they went separate ways after that. “Well, there was a meeting,” Johnson said while laughing. “I wouldn’t call it a peaceful meeting. I would call it a meeting of clarity. He and I had a good chat in my trailer, and it was out of that chat that it really became just crystal clear that we are two separate ends of the spectrum. And agreed to leave it there.”

Stay tuned to Koimoi for more!

Must Read: Jason Momoa Was Left In A Shock When Denis Villeneuve Called Him For ‘Dune’