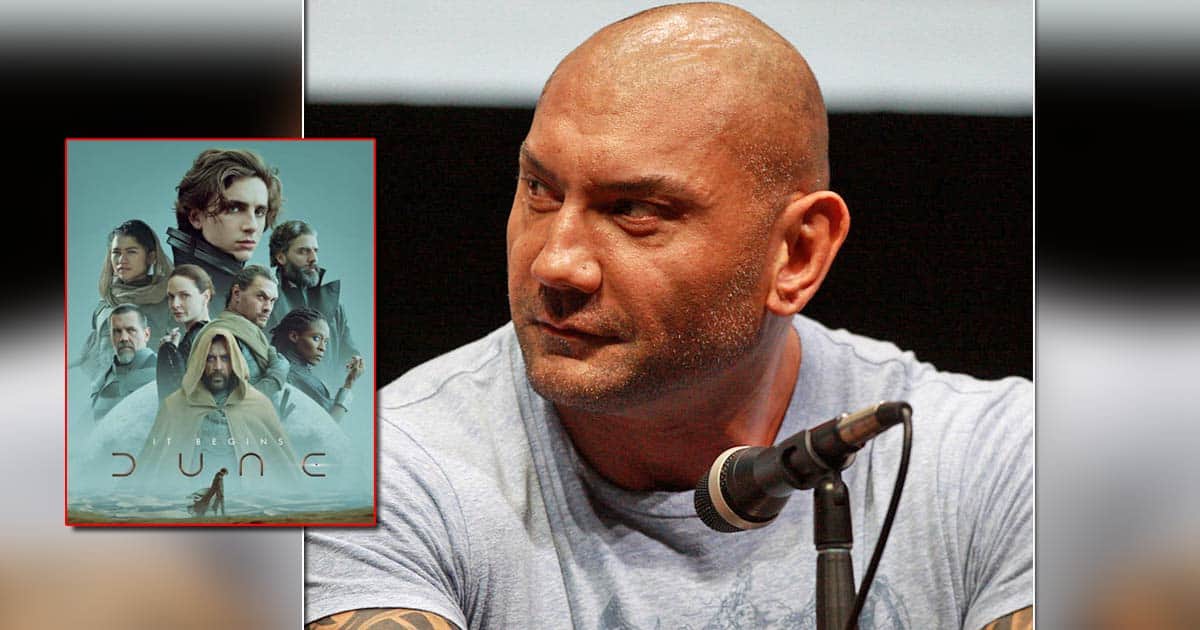 Dave Bautista is a man with many talents. Though his fans know him as an actor now, but before he pursued the creative field, Bautista was a four-time World Heavyweight Champion. Even though he left that world behind, the star has visited it a few times in the last decade. As an actor, Dave has several projects under his banners like Daniel Craig’s Spectre, Guardians of the Galaxy franchise and The Man with the Iron Fist.

Currently, Bautista’s latest film, Dune, has been making the news. For the film, he takes up the role of the sadistic Glossu Rabban and has reunited with his Blade Runner 2049 director Denis Villeneuve.

While reflecting at the time of being offered a role in this film, the actor has opened up about his career as a wrestler. During an interview with Entertainment Weekly, Dave Bautista revealed that Villeneuve courting him for the role made him feel good and felt like he made the right decision leaving behind his wrestling career.

“I left a career in professional wrestling to take a chance on myself because I fell in love with acting. It took me forever to get a job,” Dave Bautista said. “So when someone like Denis calls me and says ‘I really want you to play this part,’ that validates the sacrifice and the chance I took on myself,” he continued.

In another interview with Men’s Health, the actor spoke about the negative impact wrestling had on him. “It was just a very toxic atmosphere. Wrestling is very competitive. It’s very cutthroat. You’re put in a position where you have to posture up all the time, and it’s exhausting. It’s just exhausting.”

The actor has established himself well in the Hollywood industry and has been offered work from some of the biggest directors. Previously, Bautista had to decline James Gunn’s The Suicide Squad to work on Zack Snyder’s Army of the Dead.

Other than Dave Bautista, Timothée Chalamet, Zendaya, Jason Momoa. Rebecca Ferguson, Oscar Isaac and many more actors appear in Dune, which is set to be released on 22 October in India.

Must Read: Courteney Cox & Neve Campbell Are Back For A ‘Bloodier’ Slasher Scream 5