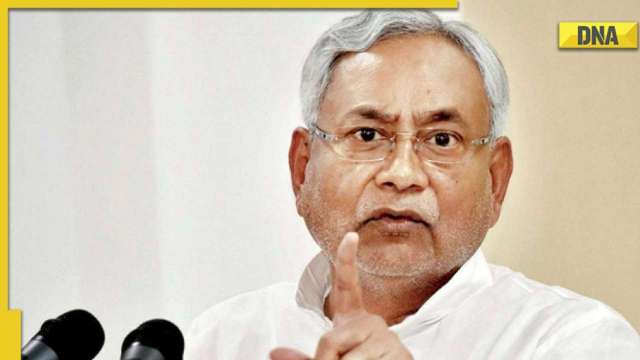 The political storm in Bihar is advancing with full frenzy, with Chief Minister Nitish Kumar set to announce his decision on the future of his party’s alliance with the Bhartiya Janta Party (BJP), which currently forms the government in the state with JD(U).

The future of the BJP and JD(U) alliance currently remains uncertain, with many media reports claiming that today might mark the end of the relationship between the two parties, leading to Nitish Kumar forming an alternate government in Bihar.

Reports suggest that senior JD(U) leaders, including Nitish Kumar, have been in and out of party meetings for the past 24 hours, and will conduct a major meeting on August 9 to decide if they will still remain in government with BJP.

JD(U) leader and close confidante of Nitish Kumar, Vijay Choudhary, reportedly said that the party will be taking a major decision today after “all party leaders review the situation”. This means that a big announcement is in the works for the ruling party in Bihar.

As per updates, Union Home Minister and BJP’s chief strategist Amit Shah has been in talks with the seemingly disgruntled Bihar Chief Minister. Meanwhile, several JD(U) leaders have accused the BJP of conspiring and working against Nitish Kumar in the state.

Sources suggest that most of the MLAs in JD(U) are not willing to face mid-term elections and so, they are likely to form an alternate government by forming a new alliance. It is being speculated that the opposition party RJD – led by Lalu Prasad Yadav – will offer its support to JD(U).

Meanwhile, an anonymous JD(U) leader has said that BJP has decided to opt for the “Eknath Shinde plan”, aimed at sabotaging the current government in Bihar. The leader said that despite BJP’s tries, CM Nitish Kumar recognised it in time and foiled it by changing the course of the plan.

The leader further added that the CM “smartly assessed the situation” and “was minutely observing the activities” of RCP Singh, the senior JD-U leader whose recently departure from the party kicked off the ongoing dilemmas in Bihar.

(With inputs from agencies)