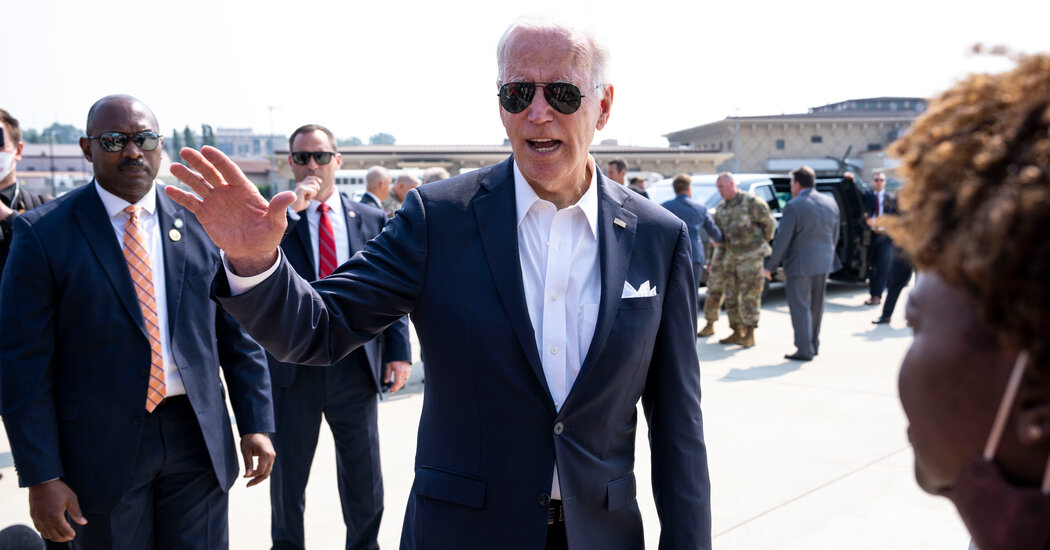 The politics of trade policy have become toxic in the U.S.

For decades, the mainstream of both the Democratic and Republican parties favored expanding trade between the U.S. and other countries. Greater globalization, these politicians promised, would increase economic growth — and with the bounty from that growth, the country could compensate any workers who suffered from increased trade. But it didn’t work out that way.

Instead, trade has contributed to the stagnation of living standards for millions of working-class Americans, by shrinking the number of good-paying, blue-collar jobs here. The incomes of workers without a bachelor’s degree have grown only slowly over the past few decades. Many measures of well-being — even life expectancy — have declined in recent years.

All along, many politicians and experts continued to insist that trade was expanding the economic pie. And they were often right. But struggling workers understandably viewed those claims as either false or irrelevant, and they refused to support further expansions of trade.

After President Barack Obama negotiated a major new trade deal — the Trans-Pacific Partnership, or T.P.P. — members of both parties criticized it, and the Senate declined to ratify it. Donald Trump then won the presidency partly on an antitrade platform, and he formally withdrew the U.S. from the T.P.P.

This morning, President Biden, on his first trip to Asia since taking office, has announced an agreement that he hopes represents the future of trade policy. It’s known as the Indo-Pacific Economic Framework and includes India, Japan, Indonesia, South Korea, Australia, Vietnam, the Philippines, Thailand and a handful of other countries.

This framework is much less ambitious than Obama’s T.P.P. But the T.P.P. never became law in the U.S., so it is in some ways a meaningless comparison. Biden’s goal is to manage trade policy in a way that is both less bombastic and isolationist than Trump’s approach but also less dismissive of voters’ concerns than both parties tended to be before Trump’s presidency.

As one Biden adviser told me, the new framework is central to the Biden administration’s “post-neoliberal foreign policy.”

The crucial distinction between Biden’s framework and past trade deals is that this deal does not involve what economists call “market access” — the opening of one country’s markets to other countries’ goods, through reduced tariffs and regulations. The framework instead revolves around increased cooperation on areas like clean energy and internet policy. As a result, the deal does not require Senate ratification.

A tangible example is the global supply chain. As part of the framework, the 13 countries agree to identify supply-chain problems early and solve them. If a Covid outbreak in one country forces a certain kind of factory to close, a backup factory in another country can quickly increase production and minimize shortages around the world.

Officials in much of Asia remain disappointed that the U.S. abandoned the T.P.P. They rightly note that Biden’s framework is much narrower and will do less to help Asian economies increase their exports to the U.S. “You can sense the frustration for developing, trade-reliant countries,” Calvin Cheng, a senior analyst at Malaysia’s Institute of Strategic and International Studies, told Al Jazeera.

Still, the Biden administration persuaded virtually every country that it wanted to join the framework to do so. Officials in these countries recognize that Biden is trying to re-engage with Asian allies, in contrast to Trump’s “America first” approach, and many badly want the U.S. to play an active role in the Pacific. Otherwise, they fear, China may dominate the region.

U.S. officials have the same concern, and the new framework — vague as parts of it may be — offers a structure for economic cooperation that bypasses China. If the U.S. and other major Asian economies can agree to standards on the supply chain, internet policy, energy and more, China will be left to choose between playing by those rules or missing out on new trade opportunities.

Katherine Tai, the top U.S. trade official, who has joined Biden on his trip, told The Associated Press that the U.S. was “very, very focused on our competition with China.” The new framework, she added, is intended to counter China’s growing influence in the Pacific region.

Justice Samuel Alito insists the Supreme Court won’t overturn the right to contraception. But he has already outlined the means to challenge it, Melissa Murray writes.

At the Cannes Film Festival, you can expect glamour, minutes-long standing ovations and passionate boos. The maximalist festival kicked off last week and will run until May 28. Here’s what you need to know.

Why do people care? Cannes has launched the careers of many filmmakers, like Quentin Tarantino for “Pulp Fiction.” Winning a prize can also help an art film secure wider distribution and awards recognition. “Parasite,” which won the top prize at Cannes in 2019, went on to win best picture at the Oscars.

Are any big movies premiering? Define big. For the cinephiles, films by David Cronenberg, Claire Denis and Park Chan-wook are in the running for the top prize. As for potential blockbusters, “Top Gun: Maverick,” the sequel to Tom Cruise’s 1986 hit, and Baz Luhrmann’s Elvis biopic are also screening.

Any standouts so far? Our critic Manohla Dargis liked “Scarlet,” which tells the story of a World War I veteran and his daughter and is “filled with lyrical beauty.”

Anything major happen so far? A screaming woman covered in body paint crashed the red carpet, protesting sexual violence in Ukraine. Days prior, at the opening ceremony, President Volodymyr Zelensky gave a virtual address in which he quoted Charlie Chaplin’s “The Great Dictator”: “The hate of men will pass, and dictators die, and the power they took from the people will return to the people.”

The pangrams from yesterday’s Spelling Bee were bathing and inhabiting. Here is today’s puzzle — or you can play online.

If you’re in the mood to play more, find all our games here.

Thanks for spending part of your morning with The Times. See you tomorrow. — David

P.S. Times reporters will join Melanie Chisholm — the Spice Girl known as Mel C — for a live discussion about the group, today at 1:15 p.m. Eastern.

“The Daily” is about Russia’s military. “Sway” features the C.E.O. of Condé Nast.