Aanchal Goswami On Being A Bengali Bride In Rishton Ka Manjha: “While Shooting For This Wedding Sequence, I Felt As If It Was My Real Wedding” 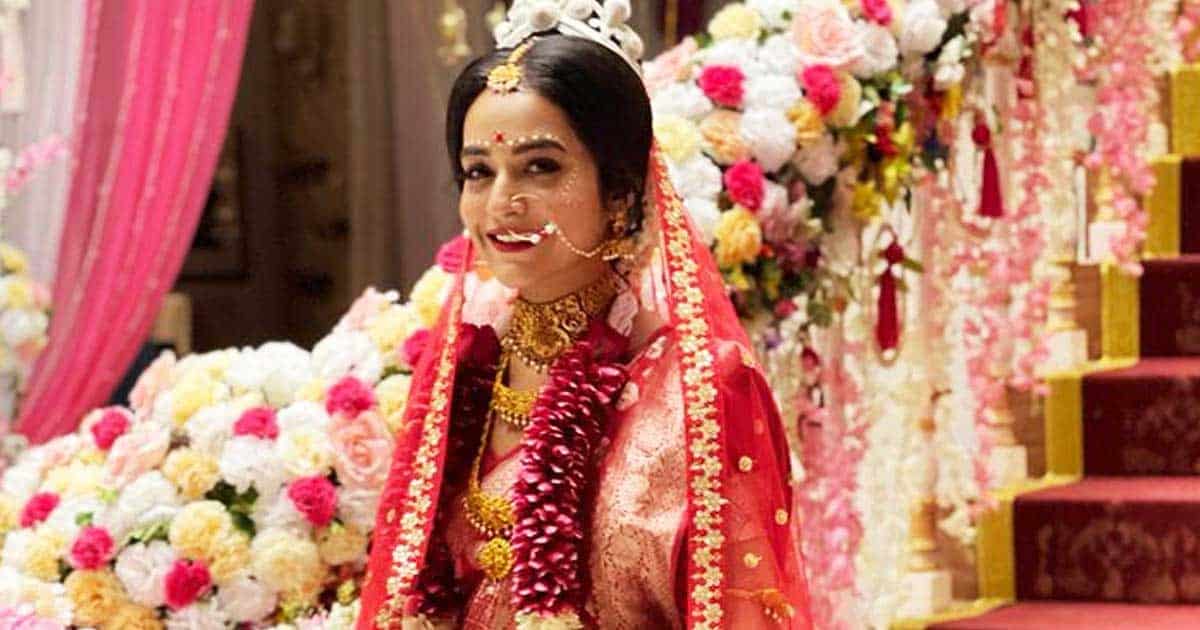 Actress Aanchal Goswami plays the character of ‘Diya’ in ‘Rishton Ka Manjha’. In a wedding sequence, Aanchal is seen in a chic Bengali bridal avatar which she says was a “dream” of hers.

The actress wore a red Banarasi saree embellished with golden details and embroidery to match the gold jewellery that she wore. In fact, the actress also revealed how Bipasha Basu was one of the biggest inspirations behind the look.

Aanchal Goswami said, “I love the Bengali culture and I got really excited when I came to know that I’ll have to shoot for a wedding sequence in ‘Rishton Ka Manjha’. More than the wedding sequence, I was mainly excited to get ready as a Bengali bride. I had always fancied wearing a Banarasi saree with the beautiful, traditional Bengali Alta (red dye applied on hands or feet during wedding and cultural festivals) along with ‘mehendi’ on my hands.

Aanchal Goswami continued, “I must mention that I always had a liking for the way Bengalis dress up during their weddings. In fact, I was so inspired by the wedding look of Bipasha Basu, that I always wished that I could have that look at my real wedding (laughs).”

The ongoing sequence is all about the wedding of Arjun (Krushal Ahuja) and Diya (Aanchal Goswami).

She further adds, “I was amazed by the entire Bengali bridal avatar, from the bold red ‘bindi’ to the gorgeous ‘kajal’ eyes, I just loved everything about my look. While shooting for this wedding sequence, I felt as if it was my real wedding as we did so many different rituals in different get-ups. I even had my own rings added to the jewellery for the look to have some part of Aanchal in Diya’s character.”

While Aanchal shares her experience of being a Bengali bride, dramatic changes in ‘Arjun’ and ‘Diya’s lives will catch them off guard during the upcoming episodes of the show.

Must Read: CID To Make A Comeback On Television? ‘Dr. Salunkhe’ Narendra Gupta Says “Everyone From The Cast & The Audience Want…”

A limited C.D.C. study finds no significant change in hospitalization outcomes during the U.S. Delta wave.