A locked-down Europe bids a subdued good riddance to an awful year. 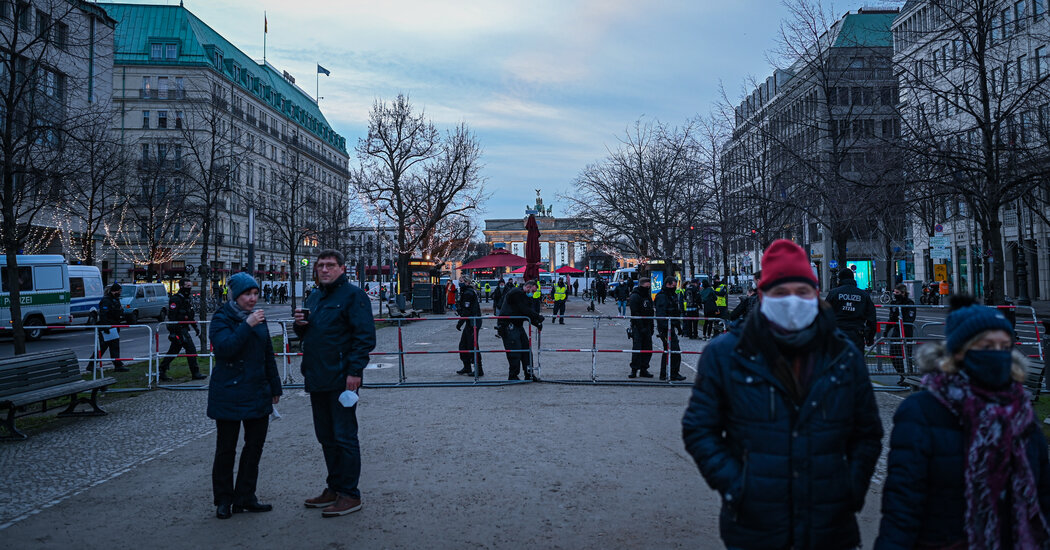 To ring out a year the world wishes had been an illusion, the biggest event in Paris really was one. It is called, perhaps optimistically, “Welcome to the Other Side.”

From within a virtual Notre-Dame Cathedral — a resurrected, reimagined version of the fire-gutted treasure — the city livestreamed a computer-generated concert and light show, with no one actually inside the cavernous landmark, and no crowd outside.

Most people now living have never seen a year that Europe, like much of the world, was so eager to bid good riddance to — or so unable to send off with any fanfare. Vaccines are the first real rays of hope, but the coronavirus still reigns unchecked, a new variant is stoking new fears, and much of the continent is under some form of lockdown.

Concerts? Canceled. Crowds and parties? Banned. Staying out all night? Don’t even think about it. Across Europe, where Covid-19 has killed almost 600,000 people, cities and nations sent the message that the only acceptable place to spend New Year’s Eve was at home, and they tried to arrange enough spectacle broadcast or online to keep people there.

“Covid loves a crowd,” said Professor Stephen Powis, the medical director for England in Britain’s National Health Service. “So please leave the parties for later in the year.”

In a televised address from the Élysée Palace, President Emmanuel Macron of France — recovering from his own bout of the virus — said that “the year 2020 ends as it unfolded: with efforts and restrictions.”